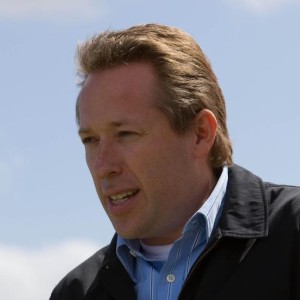 The inability to find enough people with the ‘right’ skills is inhibiting growth and will worsen. Apprenticeships and vocational training are part of the solution. Here’s a practical way to improve the human capital needs of your company.

Hardly a day passes that we are not reminding of high unemployment and the distress it is inflicting on individuals, households and communities. Yet, paradoxically, many CEO are facing shortages of qualified workers. They simply can’t find enough people with the skills they need. As the moderator of a conference of US optical industry executives put it, “I couldn’t get them to stop talking about the workforce shortage, which all agreed was their greatest impediment to growth. All claim to be in 24/7 recruitment mode.” As a CEO, is this your problem?

Some 14 million Americans are currently unemployed, yet 22 percent of US firms say they would hire if they could find the ‘right’ people. In fact, slightly over three million job openings are currently unfilled —many because of a mismatch between jobs and available skills. We have the same problem in Australia, where growth in our LNG and mining industries is hamstrung by a shortage of skilled people. That same problem extends to a wide spectrum of automotive, construction, agricultural, and health-related fields. The breadth of Australia’s skill shortage problem was confirmed by a recent survey of corporate directors, more than half of whose respondents identified the skilled labor shortage as their greatest economic challenge.

And what’s bad now will get worse in the years ahead as the Western economies gradually recover and as baby boomers drift off into retirement, taking their experience and technical know-how with them. Too few skilled people will translate into promising new projects left on the shelf and enterprise growth that falls short of potential.

It’s tempting to think that our inadequate supply of skilled labor is the result of producing too few engineer, scientists, programmers, project managers, and other college-trained individuals. That’s the case in some industries, but overall it’s only part of the problem. Most positions that need filling today and in the future do not require a college degree; they can be handled successfully by “middle-skilled” individuals with high school diplomas plus an associate degree, a vocational apprenticeship, or on-the-job training. Consider the US labor market. The Center for College Affordability and Productivity at Georgetown University recently examined the level of preparation required for jobs in the US between 2004 and 2014. While eight of the ten “fastest growing” job categories require a college degree or better, 61 percent of “all jobs” in this period do not. Looking out to 2018, the Center’s projection of new jobs indicates that those requiring on-the-job training or an associate’s certificate will hugely eclipse the openings that require advanced degrees.

Other industrialized countries with aging populations are facing a similar situation. Australia, for example, will need 2.4 million new workers with Certificate III level skills by 2015, and 5.2 million by 2025 due to projected retirements—and our total current labor force is only 12 million! Yet, given the number of young people in the labor pipeline who are achieving those levels, many forecasted positions will not be filled, hamstringing the growth of many enterprises.

The vitality of our companies and our communities requires a large population of vocationally skilled citizens: proficient mechanics and machinists, welders, electricians, plumbers, chefs, carpenters, customer service personnel, caterers, laboratory and auto technicians, health workers, computer repairmen, and so forth. We won’t produce these skilled people, however, as long as parents and the educational establishment act as though everyone should earn a college degree, and that the trades are for losers. Regrettably, that’s the situation we have today.

Contrast our situation with Germany’s, where vocational training has long been a respected and desirable career path, and where many fields require apprenticeship as a condition of employment. Two of every three German secondary school graduates begins vocational education and training, and 80 percent of them complete their programs. Not surprisingly, Germany’s youth unemployment is less than the country’s overall unemployment rate of 7 percent. In contrast, youth unemployment in the US, Australia, and many EU countries is over 20 percent.

Apprenticeship and workplace training programs can help us close the skill gap and open the door to solid middle-class incomes for many young people—and for displaced older workers. Apprenticeship programs typically combine on-the-job training and related instruction through which employees learn the practical and theoretical aspects of a skilled occupation. These human capital-building programs usually span three to four years and may be sponsored by companies, employer-labor group consortiums, and/or employer associations. They usually address traditional trades: electrical, automotive, machining, horticulture, and so forth.

To appreciate the value of a company-sponsored apprenticeship program, consider Mercedes-Benz Melbourne (MBM), a dealership chain with fifteen locations in and around Melbourne, Australia. MBM relies on its capable mechanics and technicians to prosper and grow–and to keep its customers happy. Servicing the advanced technologies in Mercedes vehicles requires highly trained employees who understand auto systems, computerized controls, and who can keep pace with change. MBM develops and retains such employees through a formal program of mentor-based apprenticeships, continuing education, and career development. That’s been a winning formula for MBM and its employees. With strong backing from senior management, the company’s Advanced Apprenticeship Development Program has provided a gateway to good salaries and personal growth for hundreds of young people for over 20 years. All MBM apprentices work under the direction of a “master” who instructs them in all facets of automotive service, from simple oil changes to advanced computer diagnostic and specialized work. Without the steady stream of know-how developed through this program, MBM would not have enough technicians to run the critical service end of its operations.

Alternatively, some companies have collaborated with local community colleges or vocational-technical schools to developed the skilled work forces they need. The optical industry cluster found in and around Rochester, New York provides an instructive example. There Bausch & Lomb, Xerox, and dozens of other companies have worked closely with Monroe Community College (MCC) over many decades in support of a two-year associate degree program in optical technology. Its graduates move into solid, middle-class jobs that start at around $41,000 with full benefits. That level of compensation is not unusual. Many middle-skill occupations that require no more than a post-secondary license or certificate actually pay more than do jobs held by bachelor’s degree-holders (in the US, 27 percent pay more). Nor is there a ceiling on the future earning power of non-degreed skilled workers. According to Tom Battley, executive director of the Rochester Regional Photonics Cluster, which works with corporate and government entities to assure a pipeline of skilled workers in the optical and imaging industry, the economic prospects of two-year graduates are limited only by their ambitions. “Many [Monroe Community College graduates] have gone on to earn four-year and advanced degrees, and several have become serial entrepreneurs, starting their own optical companies.”

Apprenticeships and vocational training programs are not a cure-all for the skilled labor shortages that vex CEOs and impede business growth, but they do address a large part of the problem. They are an important bridge between school and the world of work, linking motivated individuals and talent-hungry employers. And they build the human capital we will need for growth in the years to come. College-educated scientist, engineers, and entrepreneurs will surely invent the industries of the future, but without an army of middle-skilled trades people to implement their ideas, those industries will be realized elsewhere in the world.

What are you doing to assure the human capital needs of your company?

Making Apprenticeship/Training Programs Work for You

Over many years of supervising apprenticeship programs, my colleagues and I have witnessed remarkable success in fields as diverse as hospitality, automotive, horticulture and the building trades. Indeed, I got my start in business life as an apprentice chef! However, simply having a program is no assurance that young people will attain the skill levels you need. Like every other important function, apprenticeship/training programs must be well designed, properly resourced, and supported by management. Here are a few tips for making your skill-building program more successful:

In our experience, mentoring is the ‘secret ingredient’ of every successful apprenticeship/traineeship program. New workers appreciate the benefits of mentoring and seek opportunities to pair up with, and learn from, experienced workers.

Nicholas Wyman is a workforce development and apprenticeship expert, author, speaker. He is CEO of the Institute for Workplace Skills and Innovation and is a leader in developing skills-building and mentorship programs that have paved progressive career tracks for thousands of individuals. His book "Job U: How to Find Wealth and Success by Developing the Skills Companies Actually Need," will be published by Crown Business, a division of Random House, in 2015. Books can be ordered here: www.JobUbook.com