Trump, Bezos, Musk And The Biggest Business Stories Of 2018 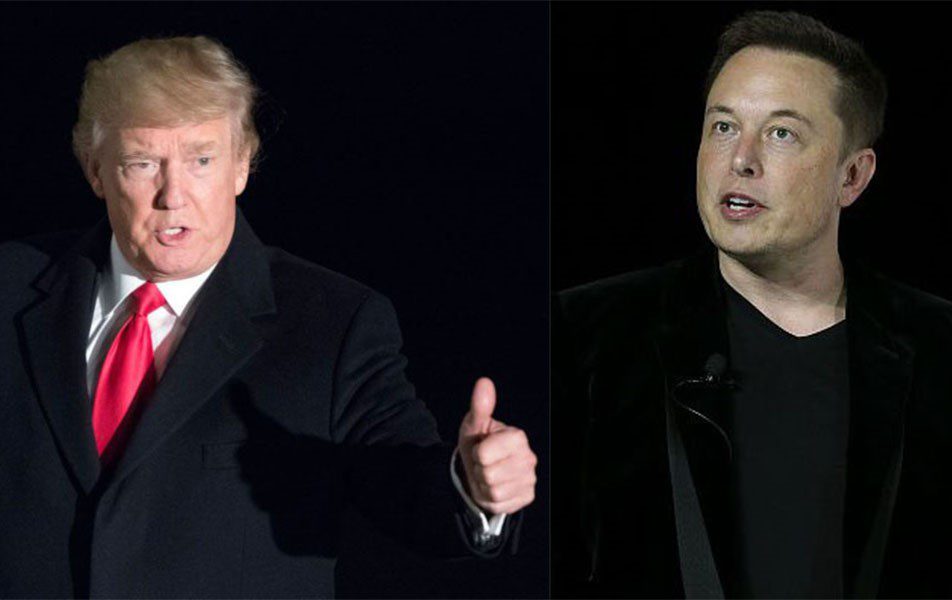 Chief Executive Magazine looks back over a tumultuous and disruptive year for business. The list of things that mattered the most starts with Trump, Bezos, and Musk, not surprisingly.

The biggest news in 2018 was Meghan Markle, Dr. Christine Blasey Ford, and child immigrants traveling by caravan, according to a Ranker’s survey. By comparison, Americans could only think of one business issue that made the top 20: net neutrality.

We have to recognize reality here. When you are competing with Thomas Markle, as the football coaches say, you have to dig deeper. In that spirit, Chief Executive asked me to put together a list of things that were a thing in business in 2018. (For our 2019 outlook, look to these pages next week).

President Trump. America’s slugger in chief proved he could switch hit—as a Republican he opened up oil drilling and embarked on sweeping deregulation. As a  Bernie Sanders populist, he was happy to browbeat chief executives to bring back jobs and threaten trade wars with our Chinese and European partners. His most controversial business stand was immigration, and more specifically, restricting H1B visas or ‘talent immigrants.’ Chief executives who stood up to him individually, like Harley Davidson’s Matthew Levatich, discovered his vengeful wrath.

A Harley-Davidson should never be built in another country-never! Their employees and customers are already very angry at them. If they move, watch, it will be the beginning of the end – they surrendered, they quit! The Aura will be gone and they will be taxed like never before!

Jeff Bezos. The Amazon chief turned a corporate headquarters RFP into the Powerball Lottery. But to those who follow the moves of Amazon’s iconic founder closely, it was classic Bezos. Innovate a sleepy industry like headquarters facilities, disrupt a fragmented supply chain like cities needing more high paying jobs, and finally, choose a win-win outcome, not one but two finalists, New York City and the Washington D.C. metro. By the time he added a $15 minimum wage kicker, the pundits got the message. This guy knows how to play the public relations game.

Elon Musk. The agency that slept while Bernie Madoff finagled discovered it could move swiftly when Musk tweeted “funding secured.” There was a problem. His plan wasn’t approved by the Tesla board. Then, after an erratic New York Times interview and smoking pot in a podcast, even hardcore Muskophiles began to worry. Musk is the most important automotive executive since Henry Ford (who pays himself about what Ford made, less than $50k per year) and America didn’t want him to implode. The SEC sent a warning shot. Musk picked himself up, relinquished the chairmanship, began running Tesla again, the stock recovered, and Musk is still tweeting. We have the SEC to thank.

Google Women, Larry Page, and Sundar Pichai. When 30,000 of Google’s brightest walked out to protest the company’s sexual misconduct policy, people mistakenly thought it was a Silicon Valley thing. Google’s women were apoplectic when they found Alphabet CEO Larry Page paid a departing executive $90 million in severance after improper behavior. Google CEO Sundar Pichai defended the status quo by adding that the company had around 50 other sexual misconduct firings that did not receive severance. It was like telling an environmentalist Exxon Valdez wanted credit for the oil that didn’t leak.

This is a bigger issue than many realize. What happens at Google doesn’t stay at Google. The democratization of the workplace through social media rallied women.  The rest of the rank and file will be protesting whatever ails them soon. Chief Executives are going to turn into Chief Mitigation Officers.

Facebook, Mark Zuckerberg, and Sheryl Sandberg. Ironically, their last names both mean ‘mountain’ in German, and they both have mountains to climb. The ‘Supercuts’ hairstyled chief executive blew his chance at a Senate hearing by failing to convince America that the Russian hack was an attempt by Putin’s cronies to commit schadenfreude, not electioneering. Instead, Zuckerberg tried to make the case Facebook is destined for Sainthood.

For her part, Sheryl Sandberg was flying below the radar until it was discovered she organized oppo research on George Soros, a company critic. It was her obligation as an officer, but droves of the progressively minded were outraged as Soros is a left-wing icon. Members of her “Lean In” groups distanced themselves as a result.

Sex and The CEO. Les Moonves, former Intel CEO Brian Krzanich, and Steve Wynn were a few of the better-known instances of CEOs engaging in shenanigans for pleasure or hire. Boards were caught flatfooted, in part due to the sensational media attention but also their own negligence by being so unaware of the goings-on. The tendency was to act too quickly, as Intel seems to have done, or too slowly, like CBS and Wynn Casinos, which waited until decades-old rumors surfaced. It was all about avoiding publicity. Which makes the CBS board’s latest move all the more surprising. It compounded the pain by litigating Moonves’ severance for lack of cooperation, not misconduct, much harder to prove and could dredge up who knows what. It suggests a courtroom battle that will drag on for years. Oh, to be a lawyer.